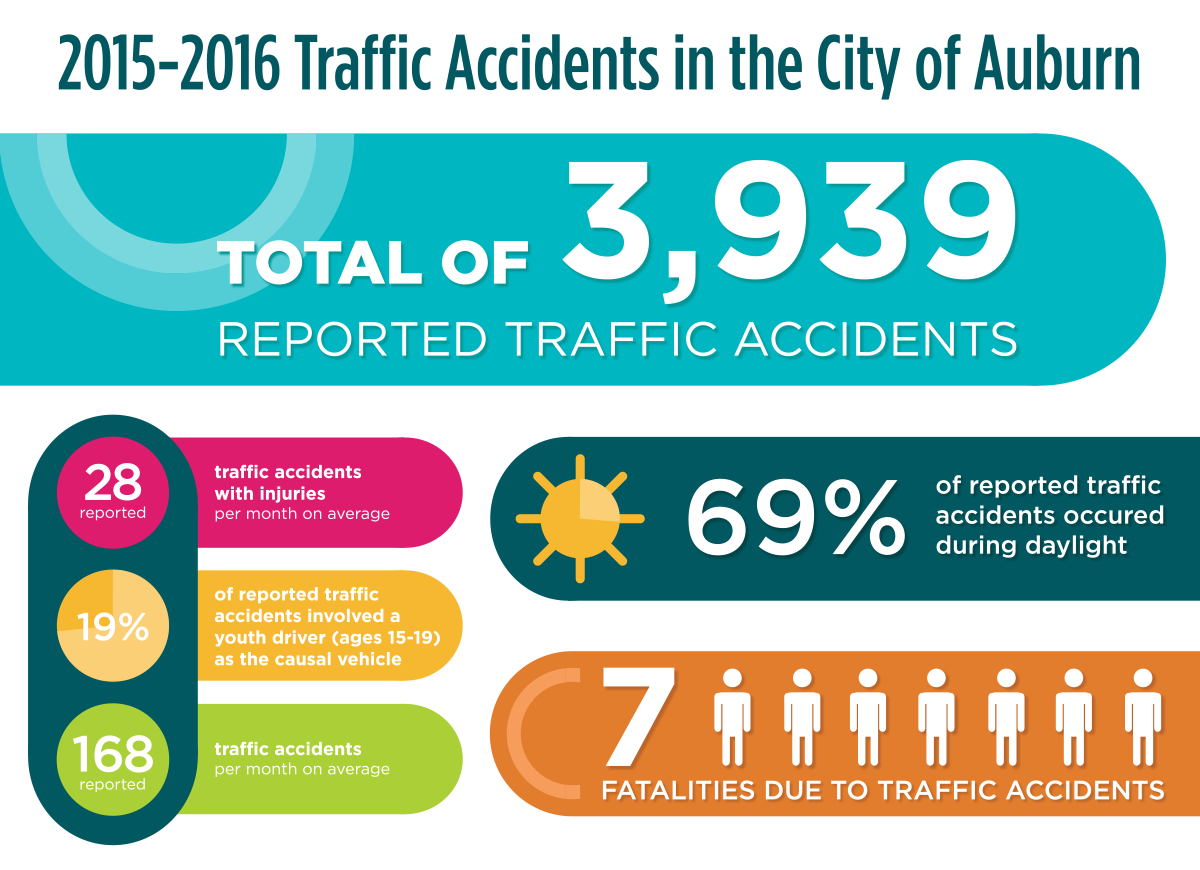 Did you know that bicyclists aren’t supposed to ride bicycles on sidewalks? Most people believe that bicyclists should stay off the road and on the sidewalk, when in reality it’s much safer to ride on the road.

Contrary to popular belief, on and around Auburn University’s campus, cars actually have the right-of-way. Cars are only legally required to stop at crosswalks if pedestrians are in the crosswalk, not if they are simply approaching it. Be careful and courteous the next time you need to cross the street!

Many runners enjoy exercising at night, but did you know that it’s illegal to run or walk after sunset without wearing reflective material on your front and back from the waist up that are visible from at least 500 feet? Make sure traffic can see you the next time you’re out at night!

Many people ride skateboards, but few know the rules of the road for skating safely. It is illegal to skate on streets in commercial-zoned areas or on sidewalks in downtown Auburn and on campus. If skating on the street, you must face traffic. You are also required to obey all traffic signals.

Did you know that it’s illegal to pass mailmen, trash trucks or other service vehicles that are stopped if there is a double yellow line on the street? It doesn’t matter if there is oncoming traffic present or not! 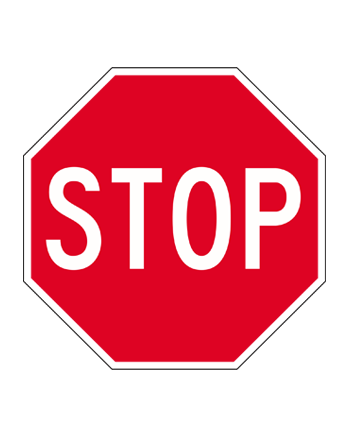 A stop sign tells drivers and bicyclists to come to a complete stop and wait until they can continue safely. 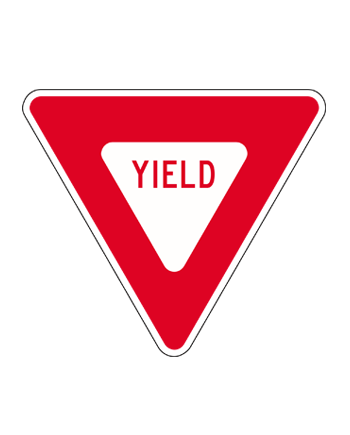 A yield sign tells drivers and bicyclists to prepare to stop if necessary to let another traveler proceed. A yield sign assigns the right-of-way. 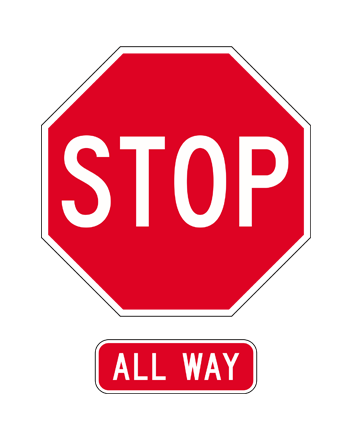 An all-way sign placed below a stop sign indicates a multi-way stop intersection. In these intersections, traffic approaching from all directions is required to stop before proceeding. 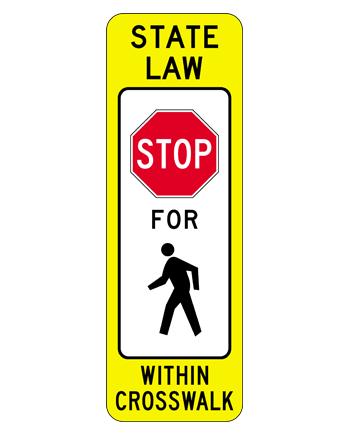 A Stop for Peds in Crosswalk sign tells drivers and bicyclists to stop for pedestrians who are within a crosswalk. 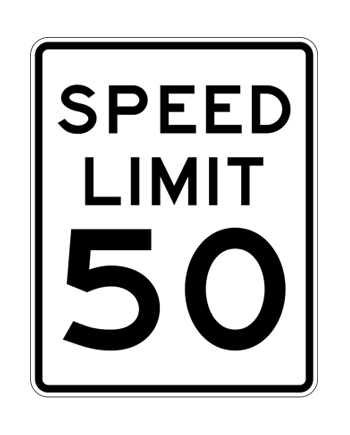 A speed limit sign indicates the maximum speed that drivers and bicyclists may travel on a particular road. 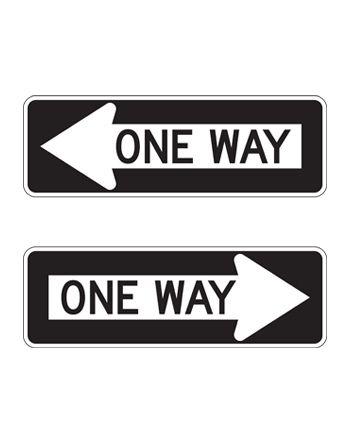 A one-way sign indicates the only direction drivers and bicyclists may travel on that road. 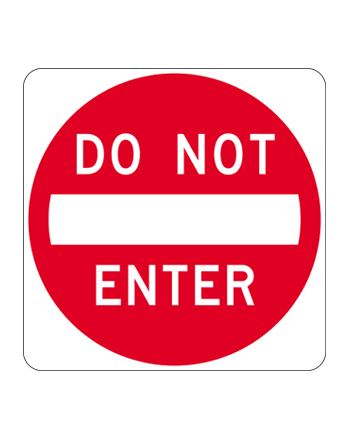 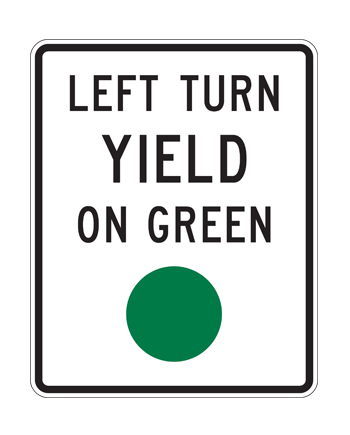 A Left Turn Yield on Green sign reminds drivers and bicyclists they can make a left turn on a green signal as long as they yield to oncoming traffic. 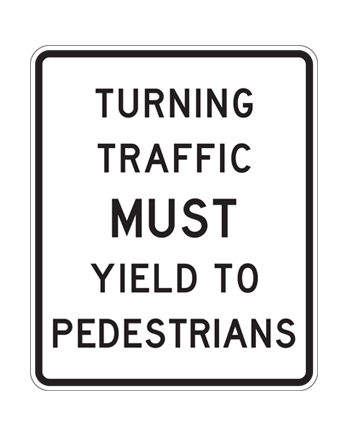 The Turning Vehicles Yield to Pedestrians sign instructs drivers and bicyclists to yield right-of-way to pedestrians within the crosswalk. 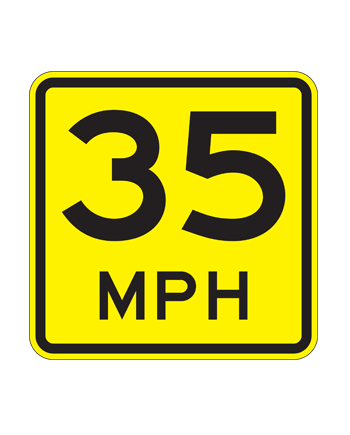 An advisory speed limit sign gives drivers and bicyclists a recommended speed limit that is below the legal speed limit. These signs are often placed where there is a large curve ahead in the road. 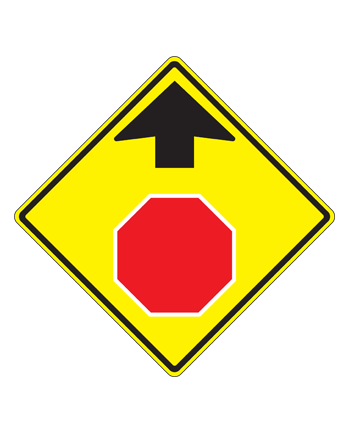 A stop ahead sign gives drivers and bicyclists a heads up that a stop sign is coming up. 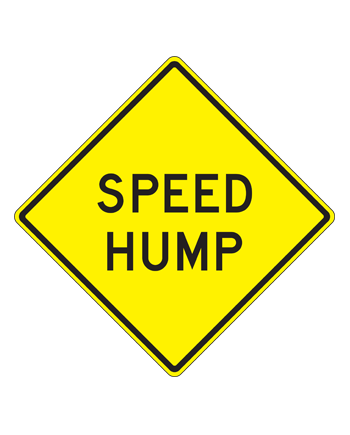 A speed hump sign warns drivers and bicyclists to slow down for an upcoming speed hump. 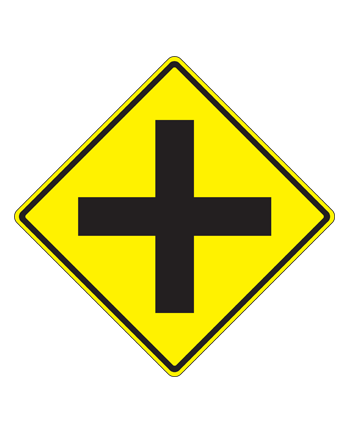 A cross road sign alerts travelers that another street will be crossing with yours ahead. 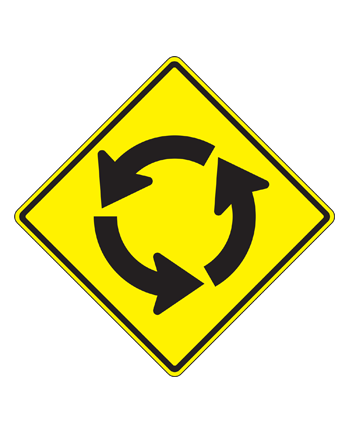 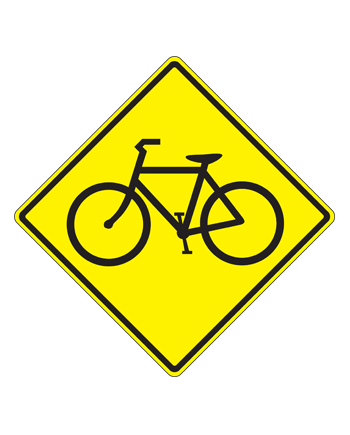 A bicycle sign reminds road users to keep an eye out for bicyclists. 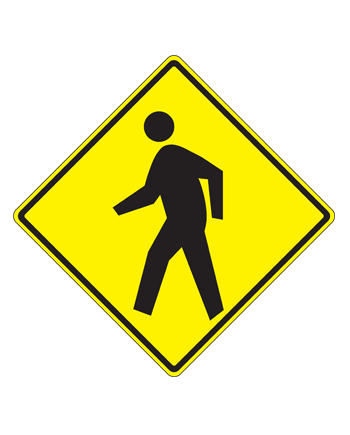 A pedestrian sign reminds road users to watch for pedestrians. 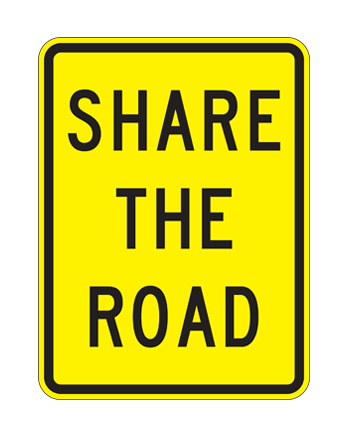 A Share the Road sign alerts drivers that bicyclists and pedestrians may be traveling along the road and reminds them to give at least 3 feet when passing.

Sign images are from the Manual of Traffic Signs, by Richard C. Moeur.